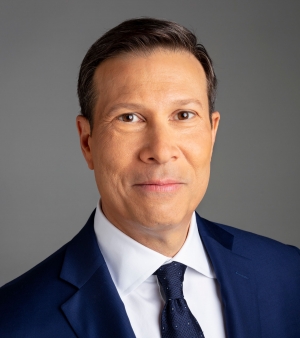 As the FBI’s former head of counterintelligence, Frank Figliuzzi had a unique opportunity to study patterns of conduct among high-achieving individuals, as well as the errors made by unethical persons. He came to understand that maintaining a “code of excellence” was the key to success in any field.

Appointed the FBI’s Chief Inspector by then Director Robert Mueller, as “Keeper of the Code,” Figliuzzi was charged with overseeing sensitive internal inquiries, target shooting reviews, and performance audits. He ensured each employee met the Bureau's exacting standards. Now, drawing on his distinguished career serving as a special agent for twenty-five years with leadership positions in major American cities, Figliuzzi takes us on a personal journey with The FBI Way: Inside the Bureau’s Code of Excellence. He explores the FBI’s core values that inform everything from the training of new recruits to the rigorous maintenance of standards up and down the organization. Join International Spy Museum Historian and Curator Andrew Hammond for a discussion with Figliuzzi about his memoir, the lessons he’s learned, and the FBI execs who he believes erred!