An evening of intrigue to support the International Spy Museum 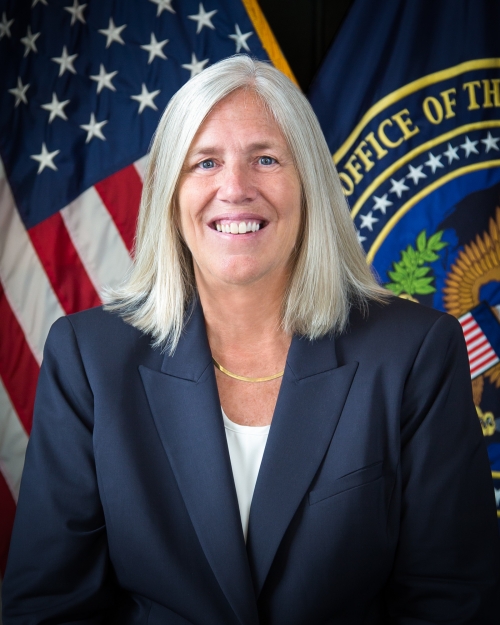 Ms. Gordon served as principal deputy director of national intelligence, the United States’ second-highest intelligence leadership position, between 2017 and 2019. During her more than thirty-year career in public service, she was also deputy director of the National Geospatial-Intelligence Agency and served for 27 years at the Central Intelligence Agency. She is one of the country’s most accomplished national security leaders and has received prestigious awards including the CIA’s Distinguished Intelligence Medal and the Presidential Rank Award at the distinguished level.

“Sue Gordon’s record of leadership and public service is without peer. Dedicated to the highest standards of excellence and integrity, her efforts to strengthen integration across the Intelligence Community, prioritize innovation and outreach, and advance inclusion and diversity, make her a truly ideal recipient of this special award,” said International Spy Museum Executive Director Col. Christopher P. Costa (Ret.).

Ms. Gordon serves on several boards and is a Rubenstein Fellow at Duke University, teaching classes related to national security and leadership, and a senior fellow at Harvard University’s Belfer Center for Science and International Affairs. She holds a bachelor of science degree in zoology from Duke University, where she led the women's basketball team as the only three-time captain in its history.

“Sue Gordon’s exceptional insights on leadership and diversity have generated excitement for a new generation of those who want to serve their nation,” said William H. Webster. "I chose the Spy Museum as the home of this award because I know of no other place that does more to educate and enlighten young people and learners of all ages about the unique and essential work of espionage and intelligence. It’s important to recognize individuals like Sue whose work reflects the highest standards of honesty, integrity and service.”

The William H. Webster Distinguished Service Award was established to recognize the extraordinary contributions of individuals in the Intelligence Community.  The award is named in honor of one of the International Spy Museum’s inaugural champions and the only person to ever serve as both Director of the CIA and Director of the FBI, Judge William H. Webster. Webster was first called to public duty as a Federal Judge and then, under three Presidents, led organizations that set the boundaries of U.S. national and international security. Previous recipients of the Webster Distinguished Service Award include President George H. W. Bush (2017), Admiral William H. McRaven, USN (Ret.) (2018), and Gen. Michael V. Hayden (Ret.) (2019).

About the International Spy Museum

**Please note: this event is closed to Media**

Our Webster Award evening is the Museum’s signature fundraising event. The support of attendees and sponsors fuels our nonprofit mission of educating the public about the history and craft of espionage and intelligence through youth and adult programs, community service, and the care of our unique collection of artifacts for generations to come. For information about ways to support the International Spy Museum and sponsorship opportunities, please contact our development office at 202.654.2853.

Secure your special place at this unique evening of intrigue and help the Spy Museum continue its nonprofit educational mission.

Judge Webster, the namesake of The Honorable William H. Webster Distinguished Service Award, is the only individual to serve as director of Central Intelligence and of the Federal Bureau of Investigation.