A comic book collector, writer, and artist walk into a bar…and actually it’s a virtual bar and you’re invited!  Join us for a very graphic cloak and dagger conversation.

Since the Cold War, spies have been hot, and the world of comics have had a great assortment of undercover operatives. Our guests tonight are deeply engaged with this world. National security lawyer and comic collector/dealer Mark S. Zaid has assembled a rich array of comics that depict spies and espionage. He’ll showcase some of the coolest and rarest volumes in his collection and how they mirror the intelligence issues of their time. Andy Diggle is a comic book writer with numerous titles to his credit. The author of two James Bond mini-series, Hammerhead and Kill Chain, he is best known for The Losers, which was adapted into the movie starring Jeffrey Dean Morgan, Chris Evans, Zoe Saldana and Idris Elba; and Green Arrow: Year One, which inspired the hit TV show Arrow—they even named a character after him!  Diggle will tell us just how you up the tension when words work with art to move a story forward. Shawn Martinbrough is the author of How to Draw Noir Comics: The Art and Technique of Visual Storytelling and an Eisner Award nominated artist whose comic book projects include Batman: Detective Comics, DMZ, Luke Cage Noir, The Black Panther: Man Without Fear and Hellboy. He’s onboard tonight to share some of his most stealthy images. Bonus Feature: Andy and Shawn worked on four story arcs for the comic book series Thief of Thieves.

You’re welcome to ask questions after the talk – whether they relate to comics or cocktails.

As fitting for these intense story lines, our drink this evening is choose your own adventure as long as it is Bond-inspired. Here are a few suggestions from one of our favorite books in the Spy Museum store: Bond Cocktails 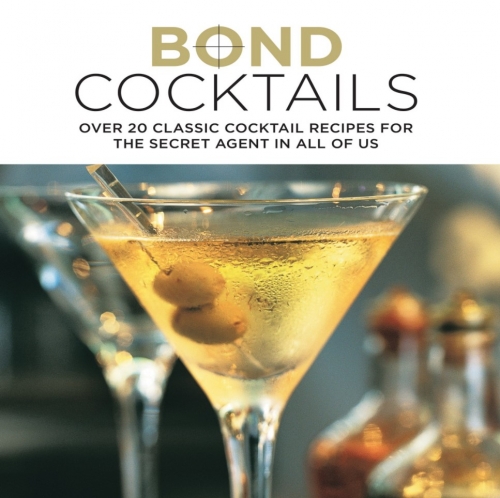 A dash of Angostura bitters

Half fill a champagne flute with Guinness, gently top with Champagne and serve.

Or as Andy suggests grab a bottle of Old Grand-dad like Bond did in Live and Let Die and Diamonds are Forever and pour a shot or make an Old Fashioned!