The well-connected hero brainwashed to kill the President of the United States. A famous fictional plot, but what’s the reality? Call it what you will--coercive persuasion, thought control, dark persuasion, or brainwashing—techniques to control thoughts and minds blossomed during the 20th century and with advances in neuroscience and social media new avenues for manipulation have emerged. 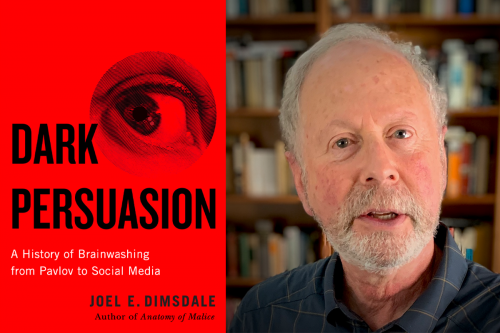 Join International Spy Museum Historian and Curator Andrew Hammond in conversation with Joel E. Dimsdale, author of Dark Persuasion: A History of Brainwashing from Pavlov to Social Media. With his deep background in psychiatry, Dimsdale has sought the origins of coercive persuasion in the tortures of the past and shows how Pavlov’s scientific approaches to behavior were embraced by Lenin and Stalin setting the stage for major breakthroughs in techniques of social, political, and religious control.

A race for drugs to assist with interrogation entered the picture in World War II, and then the Cold War mental battlefield included memory obliteration, indoctrination during sleep, and the use of hallucinogens. The discussion will range from the past, to today’s omnipresent social media and data harvesting which target people in their daily lives, and on to future implications of fast-moving discoveries in neuroscience that could cross ethical lines and violate human rights.

Following their discussion, you’ll be able to ask questions via our online platform. Auto-generated closed captioning will be available for this program.