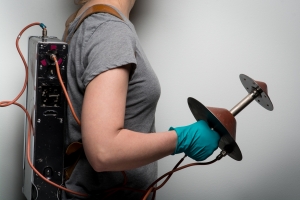 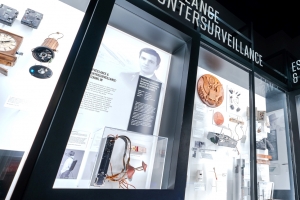 The KGB began finding lots of hidden bugs in the 1970s. How? Vladimir Alekseenko’s revolutionary bug detector. Most devices find bugs by sensing a power source or signal. But if it’s turned off—no luck. This Non-Linear Junction Detector, however, sends radio waves that read reflected energy emitted by a battery or diode, on or off. See the cup-like things? They “sniff” for bugs as you move them along walls.

Tools of the Trade
Communication Device/Surveillance