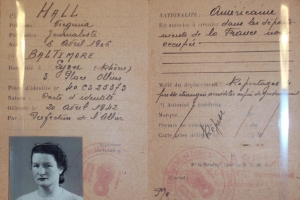 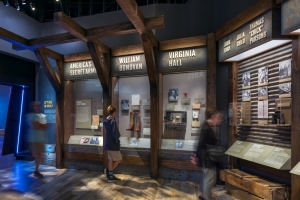 Of the many women who served in the OSS, field agent Virginia Hall was one of the most distinguished. Hall created a spy network and helped organize and arm French commandos behind enemy lines. Posing as a dairy farmer, she scouted potential drop zones while herding cows. Later, she tapped out Morse code messages over wireless radio to officials in London. And she did it all despite having a prosthetic leg, which she named Cuthbert. These identification and cover documents illustrate Virginia Hall's career from her early days in the SOE through her work with the CIA.

Learn more about Virginia Hall and other famous female spies in our Sisterhood of Spies online article.