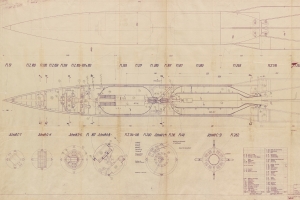 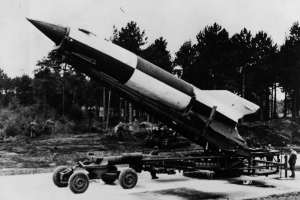 Blueprints for German V-2. Printed in German. The V-2 was the world's first long range guided ballistic missile to target the UK during WWII. Called the "Vengeance Weapon", the Allies captured this V-2 blueprint, providing analysts and scientists with crucial insights into Nazi rocketry.

See the notes in pencil? They show that the V-2 used liquid nitrogen and oxygen as fuel. That surprised the Allies. Prime Minister Churchill’s science advisor, Lord Cherwell, believed the V-2 was impossible. He assumed that any rocket weapon had to use solid fuel, making it too heavy to fly.