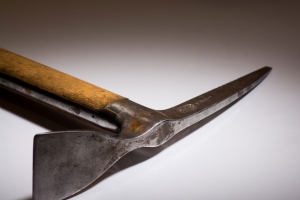 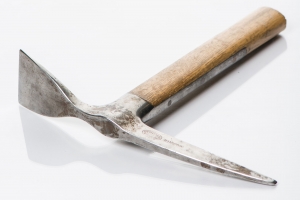 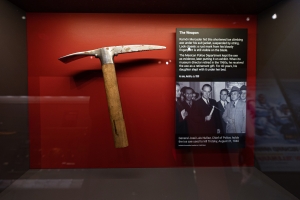 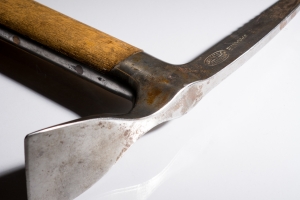 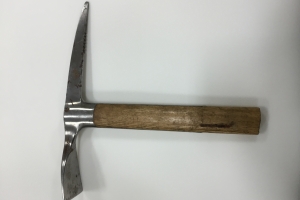 On August 20, 1940, exiled Russian revolutionary Leon Trotsky welcomed a man he thought was a friend Ramón Mercader into his private study. Moments later, Trotsky lay bleeding on the floor, victim of a grisly blow from an axe to the head that ended his life the next day.

Assassin Ramón Mercader hid the shortened ice climbing axe under his suit jacket, suspended by string. Look closely: a rust mark from his bloody fingerprint is still visible on the blade.

The Mexican Police Department kept the axe as evidence following the assassination, later putting it on exhibit. When its museum director retired in the 1960s, he received the axe as a retirement gift. For 40 years, his daughter slept with it under her bed.

It took Keith Melton, an espionage historian and collector, nearly four decades to find it as well as to figure out why Mercader, the assassin sent by Joseph Stalin, Ramon Mercader, used the axe to kill Trotsky.

In 2017, Melton donated his entire 5,000-item collection to the International Spy Museum, including the ice axe. View the Trotsky Axe on display in the Museum's Lethal Action exhibit.