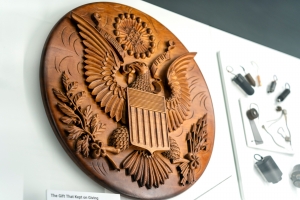 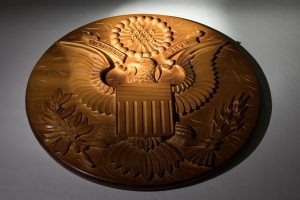 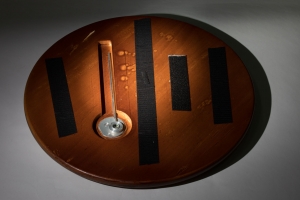 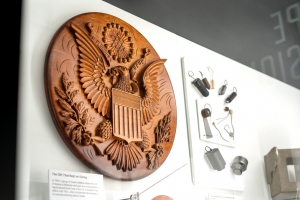 In 1945, a group of Soviet children visited the US Embassy in Moscow and gave the Ambassador a hand-carved Great Seal of the US. It stayed in his office until 1952... when technicians discovered a remarkable listening device inside.

US technicians dubbed the Great Seal’s listening device “The Thing.” With no battery or circuits, how did it transmit? After two months, British Tech Ops finally figured it out.

The Thing was a “passive cavity resonator,” activated by a radio beam from a van outside. When people spoke, sound waves entered through tiny holes under the eagle’s beak. These vibrated a membrane that modulated the radio beam, bouncing it back as an audio signal to the people listening in the van.