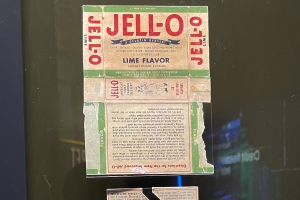 A Jell-O box was used in convicting Julius and Ethel Rosenberg. David Greenglass said that Julius gave it to him as a “recognition symbol,” a way to confirm his identity when he passed atomic secrets to another member of the spy ring. Did the box exist? No one else mentioned it to the FBI—and Greenglass couldn’t recall the Jell-O flavor at the trial. Yet the story helped convince the jury of Julius’s guilt.