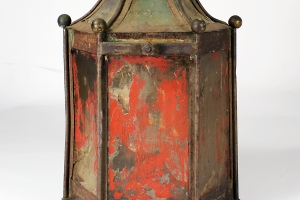 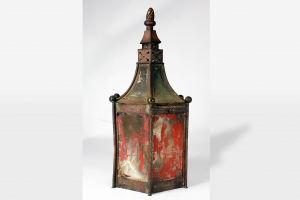 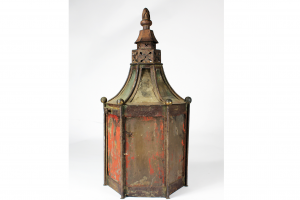 During the American Revolution, James Lafayette spied on the British for the Patriots. He worked closely with the Marquis de Lafayette. After the war, James took Lafayette’s name as his own.

When the Marquis returned from France for a visit in 1824, large celebrations were held in all the places he visited. This lantern was made for a parade in New Hampshire and may have traveled with the Marquis for use in later parades. It would have contained two candles that shone through the mica panels on each side and was likely carried on a pole.

In October of 1824, at one of these celebrations in Virginia, James and the Marquis met again. James was “recognized by Lafayette in a crowd…and taken into his embrace.” The famous portrait of James Lafayette was painted at this time when Americans were honoring the heroes of independence. 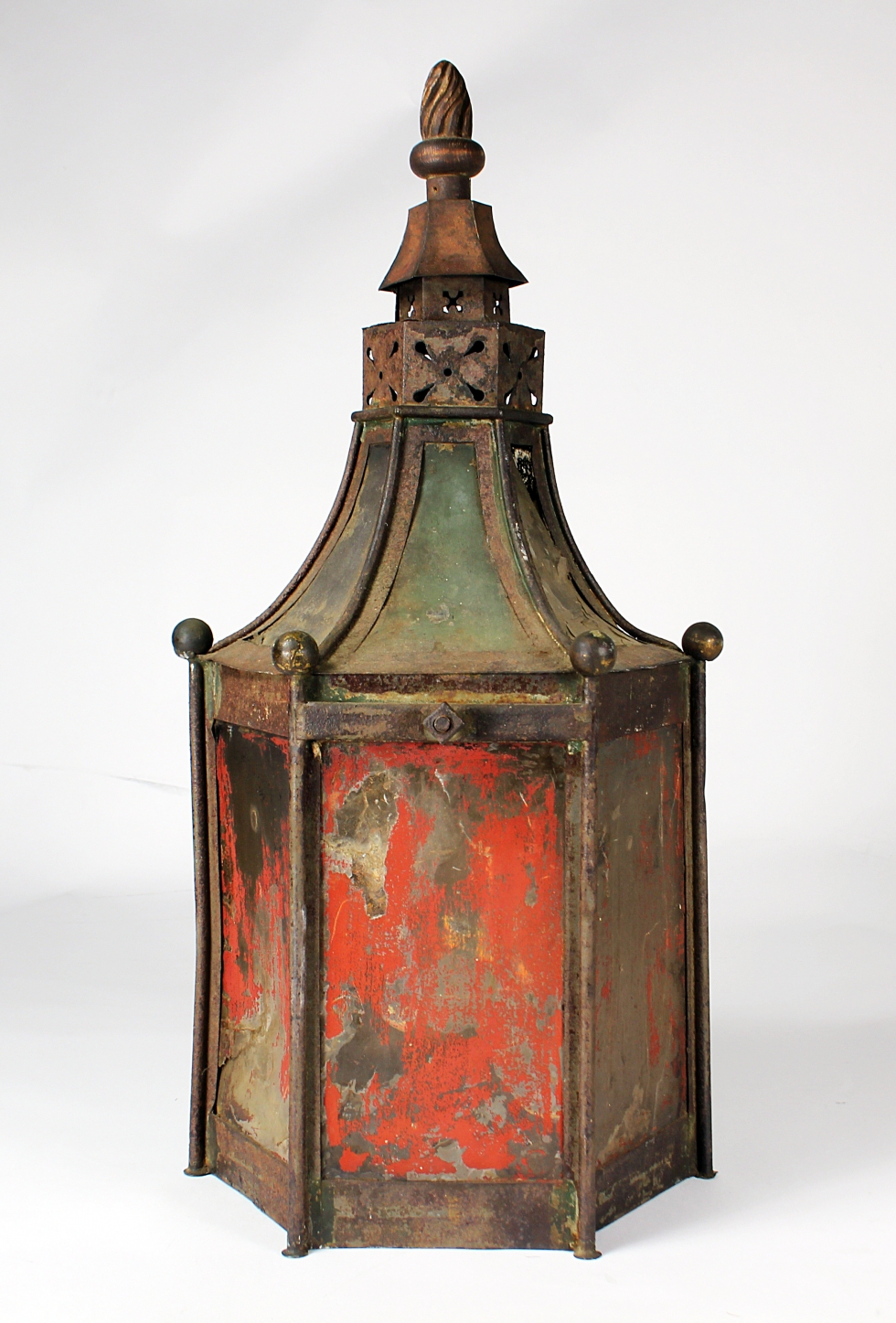