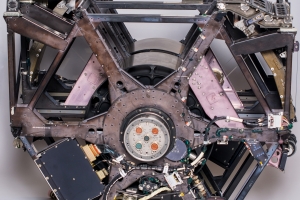 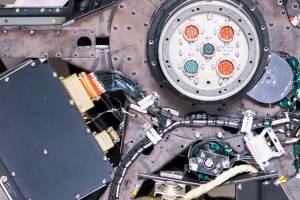 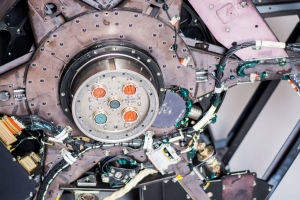 During a reconnaissance mission, exposed film, covering 50 days of intelligence target images, was loaded onto the large film take-up reel. The protective “bucket” carried 60 miles of film on a reel from “Big Bird”—the KH-9 HEXAGON satellite. It was dropped by parachute through the atmosphere until snatched by a plane midair.