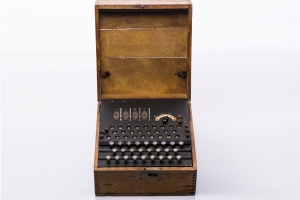 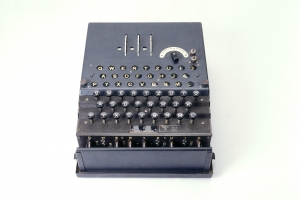 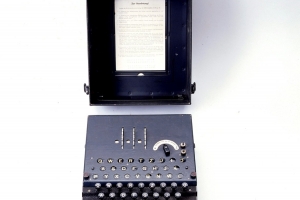 Germany built this rare Enigma for its ally, Japan (notice the Japanese characters). See the fourth rotor? Unaware Britain had cracked Enigma, Germany added a rotor in 1942 to strengthen it.

The British called the device’s messages “Shark.” It took nearly a year to crack, and only after capturing key sheets from a German U-boat. In the interim, Nazi subs sank more than 2 million tons of Allied supplies.