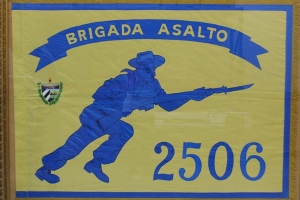 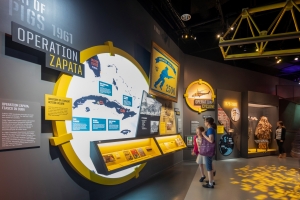 This is one of only two surviving battle flags of Brigade 2506, the CIA-sponsored Cuban exiles who carried out the Bay of Pigs invasion. The brigade’s name comes from code numbers assigned to each fighter. To trick Castro into thinking the force was larger, numbering began at 2500. Number 2506 belonged to their first casualty: Carlos (Carlyle) Rafael Santana Estevez, who died in a 1960 training accident.