Kick-off Women’s History Month with the story of three Dutch teenagers who became spies, saboteurs, Nazi assassins—and WWII heroes. Truus Oversteegen, her younger sister Freddie, and their friend Hannie Schaft, came of age during a tumultuous moment in 1930s Europe. In their medieval home city of Haarlem, there were mass protests, communist party meetings, and whispers that the Queen’s son-in-law had secret ties to the Nazi party. When the commander of The Dutch Royal Army surrendered to the Nazis in May 1940, the girls felt compelled to resist. 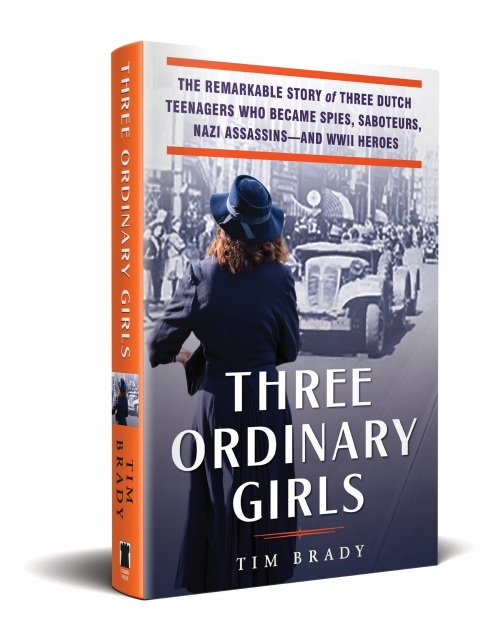 Join us for a talk with award-winning author Tim Brady, about his new book Three Ordinary Girls which explores how these young women cleverly wielded the only weapons at their disposal – wits, bravery, audacity, intelligence, and youth – to repeatedly undermine the Nazis and their Dutch collaborators. These Dutch girls started with simple acts of covert illegality: lifting German ID cards to counterfeit them, distributing fliers announcing strikes, and passing out anti-Nazi literature. They then progressed to bigger, deadlier jobs: ferrying Jewish children to safeguard locations, stockpiling weapons, detonating bombs, gathering intel, and ultimately murder. All in support of the Dutch Resistance.

Please join us to learn more about these heroes of resistance, and then you’ll be able to ask questions via our online platform.