By the late 1960s, the East German secret police (the Stasi) started to see Germany’s gay subculture as both a threat and an opportunity for intelligence work. Western espionage services had long sought to exploit this subculture, recruiting agents and informants from Berlin's gay bars and cruising locales. After 20 years of run-ins with gay Western agents, Stasi officials began to recruit their own gay spies, men who they hoped could use their sexuality as a means to meet new contacts, penetrate Western society, and gather intelligence.

Join us for a talk by Samuel Clowes Huneke, author of States of Liberation: Gay Men between Dictatorship and Democracy in Cold War Germany. He will focus on how both Eastern and Western intelligence agencies sought to recruit gay men because they believed that they were naturally more conspiratorial and would thus make better agents. They also came to see the class-crossing gay subcultures of German cities, especially Berlin, as ideal sites from which to extract information about politics and military matters. Huneke explores previously untapped German archives to capture this surprising story of espionage and emancipation with its colorful cast of Cold War characters. 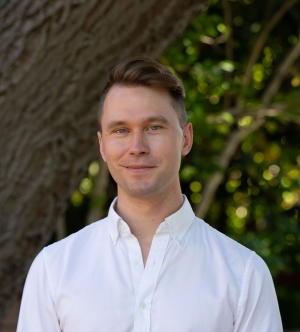 Following the discussion, you’ll be able to ask questions via our online platform.