Join us for an online discussion of the latest intelligence, national security, and terrorism issues in the news. Spy Museum Executive Director Chris Costa will lead the briefing. Costa a former intelligence officer of 34 years with 25 of those in active duty in hot spots such as Panama, Bosnia, Afghanistan, and Iraq is also a past Special Assistant to the President and Senior Director for Counterterrorism on the National Security Council. He will be joined by The Honorable Susan M. Gordon former Principal Deputy Director of National Intelligence and the 2021 recipient of the William H. Webster Distinguished Service Award.

During her more than thirty-year career in public service, Gordon was also deputy director of the National Geospatial-Intelligence Agency and served for 27 years at the Central Intelligence Agency. At CIA she rose to senior executive positions in each of the Agency’s four directorates: operations, analysis, science, and technology. She is a recipient of the CIA's Distinguished Intelligence Medal and the Presidential Rank Award at the distinguished level. As Principal Deputy Director of National Intelligence from 2017 to 2019, she held the nation’s second highest intelligence leadership position.

Gordon serves on several boards and is a senior fellow at Harvard University's Belfer Center for Science and International Affairs. She is the 2021 recipient of the International Spy Museum’s William H. Webster Distinguished Service Award. 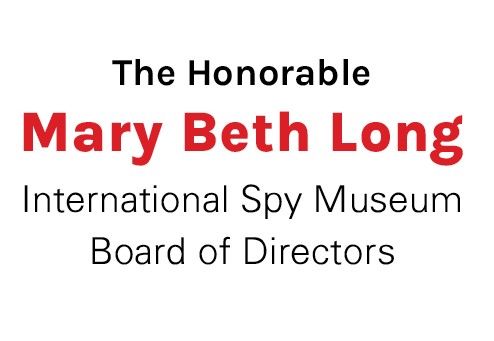