Your gift today goes twice as far to help the International Spy Museum!

Your gift today goes twice as far to help the International Spy Museum!

Join us for an online discussion of the latest intelligence, national security, and terrorism issues in the news. Spy Museum Executive Director Chris Costa will lead the briefing. Costa a former intelligence officer of 34 years with 25 of those in active duty in hot spots such as Panama, Bosnia, Afghanistan, and Iraq is also a past Special Assistant to the President and Senior Director for Counterterrorism on the National Security Council. He will be joined by Mike Rogers former Chairman of the Permanent Select Committee on Intelligence (HPSCI).

A representative from Michigan’s Eighth Congressional District from 2001-2015, Rogers was chairman of the HPSCI from 2011-15. There he authorized and oversaw a budget of $70 billion that provided funding to the nation’s 17 intelligence agencies. Rogers was a prominent leader on cybersecurity in the United States Congress during his service, shepherding multiple cybersecurity bills through the House of Representatives. He previously served in the United States Army from 1985 to 1989 and then joined the Federal Bureau of Investigation. Rogers was a Special Agent in its Chicago office, specializing in organized crime and public corruption from 1989–1994. Currently Rogers is the host and executive producer of “Declassified: Untold Stories of American Spies” that airs on CNN. Rogers is also a CNN national security commentator and his comments appear frequently in The New York Times, The Washington Post, The Wall Street Journal, and other outlets.

This program is sponsored by: Bode Aviation

While this is a free program, please consider donating to SPY to help support these programs.  Between now and the end of 2020, your gift will be matched dollar for dollar by a generous anonymous donor. 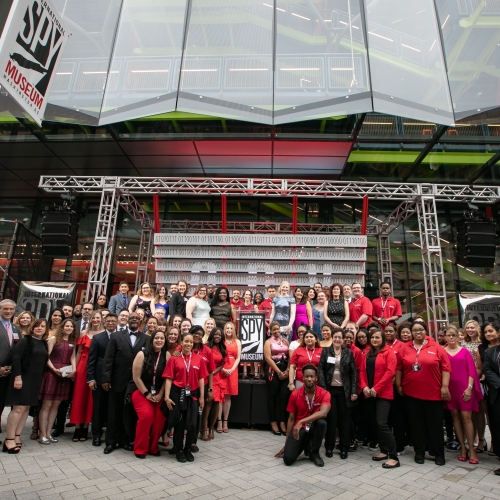 Join our Mission: Resilience campaign to support these programs and keep the Spy Museum strong through the current crisis.
Donate Now