This extraordinarily popular annual SPY event featuring former female spies is going virtual this year! Join us and an international viewing audience for an important and timely discussion with a star-studded panel of women who have had incredible careers in espionage and intelligence.

Don’t miss this exciting evening of conversation, led by Moderator Lori Stokes of WNYW-TV's Good Day New York, with an accomplished group of intelligence professionals who have unique, impressive, and very diverse backgrounds. From current affairs and how they navigated the complex world of espionage personally and professionally to advice for young people considering bold careers in today’s world, these women will inspire all of us as we steer new courses in a very changed world.

After the discussion, you’ll be able to ask questions on our online platform.

This is a fundraising event;  all proceeds go to support the Museum during this difficult time – AND that because of our matching  gift challenge, every purchase of a ticket goes twice as far in supporting SPY!

Amy S. Hess, former FBI Executive Assistant Director (EAD) with first the Science and Technology Branch and later the Criminal, Cyber, Response, and Services Branch. She is the only person in the FBI to have served twice as EAD and is the first woman to hold these specific roles. She is currently Chief of Public Safety for the city of Louisville, Kentucky.

Lori Stokes, Co-anchor of Good Day New York on WNYW-TV, FOX 5, Lori Stokes began her journalistic career in Illinois as a medical reporter. She worked as a journalist in several major markets on the East Coast including: WBTV in Charlotte, NC; WBFF in Baltimore, MD; and WJLA in Washington, DC, before becoming the first African-American to  broadcast on MSNBC. She later co-anchored Eyewitness News This Morning on WABC-TV in New York City. Along the way, Stokes has picked up Emmy and AP Awards as well as a Peabody Award for her reporting. A graduate of Ohio State University and Howard University in Washington, DC, Stokes is the daughter of the late Congressman Louis Stokes, a founding member of the International Spy Museum Advisory Board.

Thank You to Our Host Committee Sponsors

Thank You to Our Supporting Sponsors 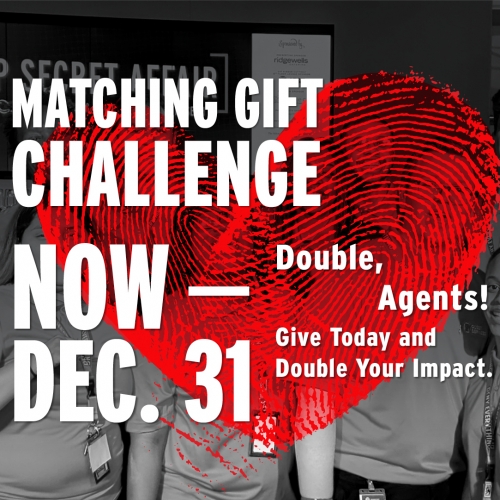 Help keep the Spy Museum strong and resilient. Your donation today will be matched dollar for dollar by a generous anonymous donor.
Yes, I can help