In June of 1953, Ethel Rosenberg and her husband were executed for conspiracy to commit espionage for the Soviet Union. Evidence against Ethel was shaky, but she would not incriminate her husband to gain a lesser sentence.

Join International Spy Museum Historian and Curator Andrew Hammond in conversation with Anne Sebba, the author of Ethel Rosenberg: An American Tragedy. Sebba is the prize-winning biographer and former foreign correspondent well-known for the best-selling books That Woman and Les Parisiennes: How the Women of Paris Lived, Loved and Died under the Nazi Occupation. Now she has turned her formidable abilities at recreating the past to excavating Ethel Rosenberg as an individual. Using the prison letters Ethel exchanged with her husband, her lawyer, and her psychotherapist over a three-year period, two years of which she was in solitary confinement, Sebba separates the real Ethel from the mythology that has surrounded her as both a notorious communist spy and a martyr to political paranoia and anti-Semitism. Who was this woman who lost her life to a government motivated by fear and a brother who lied about her to save himself? Sebba and Hammond will discuss this and also how Ethel Rosenberg’s short and tragic life still impacts us today.

Following their discussion, you’ll be able to ask questions via our online platform. Mike Meeropol, the son of Julius and Ethel, who has spent his life in pursuit of the real story behind his parents’ secret lives, will join us for the q&a portion of the program. 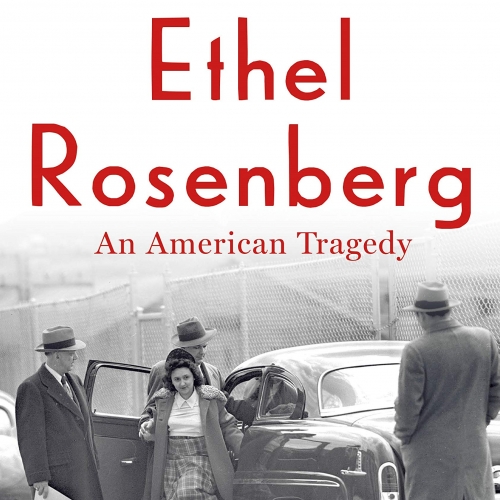