Dawn of the Cold War

During one of the first major crises of the Cold War, the Soviet Union blocked road, rail, and waterway access to West Berlin. The only option to supply the West Berliners with food, coal for heating, and other essentials was via air. One of the original American members of the airlift crew, C-54 Flight Engineer Ralph G. Dionne, will discuss this dramatic event and will be joined by Bernd von Kostka, curator at the Allied Museum in Berlin, and Hope M. Harrison, historian and expert on Berlin and the Cold War. Come learn about the risky and challenging efforts made by many Americans, Brits, and Germans to help prevent Soviet leader Joseph Stalin's attempted take-over of West Berlin in 1948-49.

Co-sponsored by Deutschlandjahr, the Allied Museum in Berlin, and the International Spy Museum 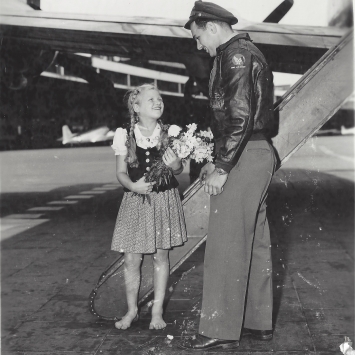 The Unexpected Spy with Tracy Walder