Alex Finley: Victor in the Jungle

Join Alex Finley for an in-store book signing with her book Victor in the Jungle.

Alex Finley is a former officer of the CIA’s Directorate of Operations, where she served in West Africa and Europe. Before becoming a bureaucrat living large off the system, she chased puffy white men around Washington, DC, as a member of the wild dog pack better known as the Washington media elite. Her writing has appeared in Politico, Slate, Vox, Reductress, Funny or Die, and other publications. She has spoken to BBC News, Yahoo! Politics, C-Span’s Washington Journal, France 24, and other media outlets. Her first novel is Victor in the Rubble.

Victor in the Jungle: A Satire by Alex Finley

Case officer Victor Caro is back, and he’s brought the whole family along this time. On assignment in South America with his wife and young son, Victor must break up an alliance between one country’s charismatic autocrat and a narco-trafficking revolutionary group in the country next door. As the group’s support for the increasingly dictatorial leader grows, Victor enlists the help of a colorful group of CYA colleagues, along with his own family, to neutralize the threat. As they manage sources in the Amazon and diktats from Washington, Victor and his team witness how populism can drive a wealthy country into an unstoppable downward spiral. It’s a jungle out there, but it will make for one hell of an adventure. 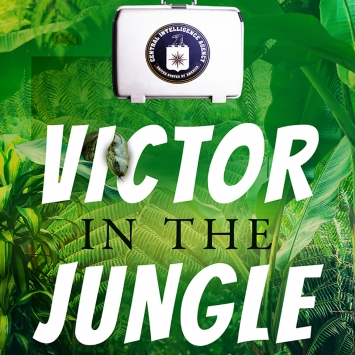