Agents of Influence with Henry Hemming

When we talk about outside influence and “fake news” tactics in today’s politics, it’s surprising to be reminded that foreign intervention in American policy is hardly new. As World War II raged into its second year, Britain sought a powerful ally to join its cause—but the American public was sharply divided on the subject. Canadian-born MI6 officer William Stephenson, with his knowledge and influence in North America, was charged with changing US opinion by any means necessary. Join Henry Hemming, author of Agents of Influence: A British Campaign, a Canadian Spy, and the Secret Plot to Bring America into World War II, as he shares Stephenson’s ingenious propaganda efforts from forging documents to thwarting the anti-war “America First” movement.

Agents of Influence will be available for sale and signing at the event. 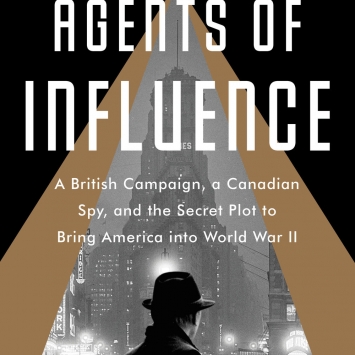