Join Governor Jim and Janet Blanchard for an afternoon of espionage and intrigue with author Lynne Olson, sharing insights from her new book, Madame Fourcade's Secret War. Ms. Olson, the bestselling author of Citizens of London and Last Hope Island, will explore her groundbreaking account of the little-known true story of Marie-Madeline Fourcade, the woman who headed the largest spy network in occupied France during World War II.

THANK YOU TO OUR HOSTS

Governor and Mrs. James Blanchard. US Congressman (1975-1983), Governor of Michigan (1983-1991), Ambassador to Canada (1993-1996). Gov. Blanchard currently serves as Chair Emeritus, Government Affairs Practice Group at DLA Piper and is an esteemed member of the International Spy Museum Board of Directors. 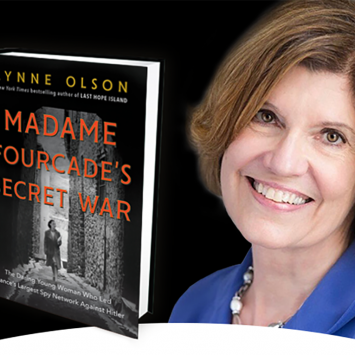